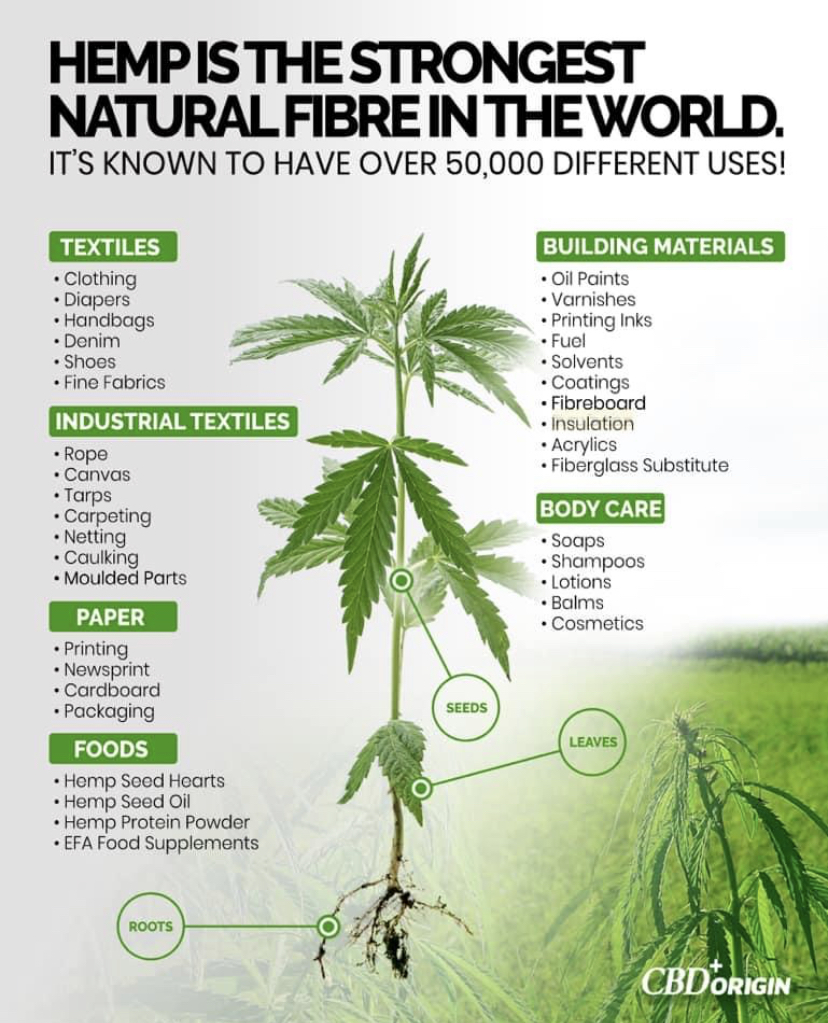 Read the full original article by Nicole Gleichmann on analyticalcannabis.com.

Over the last couple of years, CBD has hit the mainstream. You hear about from your health-savvy friends, the nightly news, and in magazine ads. You may have even noticed it on the shelves of your local supermarket or in your chiropractor’s office.

This is in stark contrast to marijuana-based products. Unless you reside in a state where recreational or medical marijuana is legal, you are still unable to buy, sell, or possess anything derived from marijuana legally. Even if you live in a state with legal cannabis, you still must go to a licensed dispensary to access it.

Why are hemp and marijuana treated in such different ways? It all comes down to one thing: marijuana can get you “high,” while hemp cannot.

With such an obvious distinction between marijuana and hemp, many people mistakenly assume that they are separate species. In fact, hemp and marijuana belong to the same genus and species, Cannabis sativa.

What Is Hemp and How Is it Different from Marijuana?

Even though hemp and marijuana are both the same species of plant, there are important ways in which they differ. Understanding these can help you navigate the cannabis market.

In the United States, marijuana is defined as any Cannabis sativa plant that has greater than 0.3 percent THC. THC, short for tetrahydrocannabinol, is the primary psychoactive compound in cannabis. The more THC you consume, the more changes you will notice in your cognition and how you feel. In essence, THC gets you “high.”

Hemp plants are defined as any cannabis plant that has 0.3 percent or less THC. Even a plant with 0.4 percent THC would be classified as a marijuana plant, in spite of the fact that 0.4 percent isn’t going to have a noticeable psychoactive effect.

Legality: Thanks to the Farm Bill, Hemp Is Legal

Prior to the 1930s, there was no national stigma against the use of cannabis, and people used it in whatever ways they pleased. It was commonly used for the production of paper, clothing, and rope, as a herbal medicine, and as a recreational drug.

But following a pernicious smear campaign in the 1930s, public opinion began to change. This led to the passing of the Marihuana Tax Act in 1937, the first legal restriction of cannabis. In 1970, all cannabis plants and products became illegal under the Controlled Substances act of 1970.

These restrictions killed cannabis agriculture in the United States. People were no longer able to grow cannabis plants for their fiber or medicinal benefits.

It wasn’t until the passing of the Farm Bill of 2014 that changes began to happen for hemp plants. This bill defined hemp plants as those with 0.3 percent or less THC and allowed for limited industrial hemp growth and research. However, it wasn’t until the passing of the Agriculture Improvement Act of 2018, also known as the 2018 Farm Bill, that hemp agriculture and products became legal in all 50 states. This increased legality is largely to thank for the rapid acceleration in diversity and availability of hemp-derived CBD oil.

Marijuana, on the other hand, is still categorized as a Schedule 1 drug. This means that any marijuana-derived product is considered illegal under federal law. However, states have the ability to legalize medical marijuana and recreational marijuana, which is why people who live in certain states have access to the therapeutic benefits of the marijuana plant, while those in other states do not.

What Are Hemp and Marijuana Used For?

For many thousands of years, humans have been selectively breeding cannabis plants. Some of these plants were bred for their medicinal and psychoactive potential. These are the plants now known as marijuana plants, or drug plants, thanks to their naturally-high THC content.

Other cannabis plants were bred for their fiber or seeds to be used for things like fabric and textiles, food, supplements, and body products. These cannabis plants are now classified as industrial hemp plants so long as their THC levels are low enough. Today, hemp is well-known for its use in the creation of CBD products.

Because industrial hemp and marijuana are used for different purposes, selective breeding has resulted in these two varieties differing in their appearance.

The majority of THC and other healthful compounds found in cannabis plants are located in the cannabis flower, meaning the more flower, the better. This has led to marijuana plants being shorter and bushier than hemp plants.

Industrial hemp plants were largely bred for their fiber, which is mainly found in the stalks of the plant. As a result, hemp plants are taller and skinnier than their marijuana counterparts.

Even though most botanists consider all cannabis plants to belong to the same species, they have often been split into two varieties: Cannabis sativa or Cannabis indica.

Most people experienced with cannabis are familiar with this distinction as it has long been used as a basis for describing different strains of marijuana. Marijuana that was more energetic or uplifting was classified as a sativa, while marijuana that was more relaxing or sedative was said to be an indica. Additionally, these two varieties were said to differ in their appearance.

Even though this categorization remains popular today, it has been widely debunked by scientists. It is the strain’s chemical composition that will determine how it impacts you, and the labeling of a strain as indica or sativa does not align with where the plants evolved from.

Interestingly, a study examining the genotypes of 43 hemp samples and 81 marijuana samples identified a consistent difference between hemp and marijuana. Hemp is genetically more similar to C. indica and marijuana to C. sativa.

However, this same study revealed that marijuana and hemp plants still “share a common pool of genetic variation.” There exist marijuana strains that are more similar genetically to hemp and visa versa. This confusing genetic mix is thanks to thousands of years of human travel with cannabis seeds and selective breeding.

Is the Hemp vs Marijuana Distinction Useful?

Unless you go to a marijuana dispensary to purchase CBD oil, the CBD oil that you find is made exclusively from the hemp plant. This product is often referred as hemp oil, CBD oil, or CBD hemp oil.

You can further differentiate CBD oil as a full spectrum, broad spectrum, or isolate. Full spectrum hemp oil (FSHO) contains not only CBD but other phytonutrients found within, including up to 0.3 percent THC. Broad spectrum CBD oil also contains other phytonutrients, but it has been processed in such a way as to remove all THC. Lastly, CBD isolates are products that contain only CBD, so no THC, terpenes, or other cannabinoids.

Cannabis oil, on the other hand, is oil extracted from marijuana varieties of the cannabis plant. These oils can vary in composition, but they will usually have some percentage of THC, CBD, and other healthful plant compounds. CBD oil can technically be made from marijuana as it too can be rich in CBD, but most CBD-rich oils derived from marijuana will be termed cannabis oil or marijuana oil to avoid confusion.

Posted in Uncategorized
← The Agriculture Improvement Act of 2018CBD for Children: Is It Safe? →